The EDF Group Foundation is organising the first major exhibition where artists express their ecological commitment through their works. Twenty-five French and international artists involved in the preservation of the environment are gathered for the occasion. A panorama of a creation mobilized in three chapters: “Warn”, “Act”, “Dream”.

“We have lived through fifty years of total unconsciousness. For Paul Ardenne, art historian and curator of the exhibition, the observation is clear.

Political ecology may have existed for more than half a century, but nothing has been able to prevent the growing disaster, as the history of capitalism is built, which is degrading the natural environments of the whole world. And if the cinema, comics and music have shown themselves to be sensitive to the ecological cause by multiplying the works concerned – from Reiser’s drawings in the 1970s to Michael Jackson’s Earth Song (1995) and Steven Soderbergh’s superb Erin Brockovich, alone against all (2000) – the visual arts have not, in the end, taken much interest in it.

“We are at a time when art has become repetitive and has forgotten about ecology. As a result, few artists are known here,” emphasises Paul Ardenne.

A few early works nevertheless testify to a revival of the arts in the 1970s and 1980s, such as the performance 7,000 Eichen (“7,000 oaks”) by the German artist Joseph Beuys – “without a doubt, his masterpiece” for the curator.

Reacting to the chemical pollution of acid rain that is destroying forests, the artist decided in 1982 to plant 7,000 oak trees in and around Kassel. A “visionary” reforestation, says Paul Ardenne, which sets the tone for “useful art”. Almost face to face, Thierry Boutonnier, a former farm worker, presents his participative project Recherche forêt (2019) with a few plants and photographic portraits, which takes care of young shoots unearthed in disused places, in order to replant them in the urban forests of the capital and “give them an aura again”. 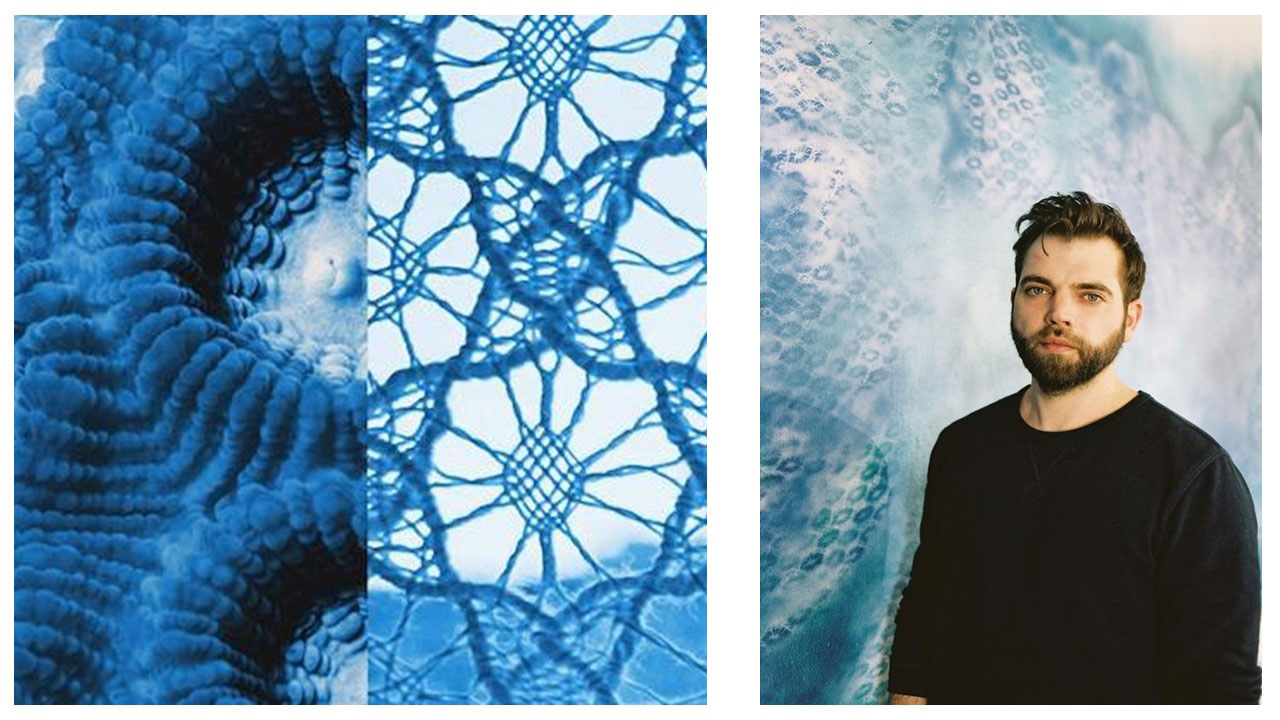 Here we are in the middle of the ‘Acting’ section, the most striking part of the exhibition. Favorite?

The young Jérémy Gobé, 34 years old, who has been developing a project since 2017 that puts into dialogue a heritage in difficulty – the lace of Puy-en-Velay – and an endangered environment – the coral reefs. The former, he discovered, has the power to save a biodiversity affected by climate change: a coral skeleton is shown here as an example, covered with a cotton lace that protects it and allows its regeneration… For its part, the Montreal collective Couturier Lafargue is exhibiting the prototypes of an innovative igloo, designed to accommodate a small group of people in the public space, and which could naturally convert heat into coolness for hot days. More poetic, the work of Lucy + Jorge Orta shakes things up by giving a concert of songs of endangered or already extinct animal species. Above the great hall, Sarah Trouche films herself (in 2013) facing the Aral Sea – or rather what remains of it, an immense steppe where a powerful wind blows. Naked, her body painted blue – the colour of the vanished water – she tries to wave the local flag, fighting against the destructive winds that carry the noxious dust. One shudders. As in front of Jean-François Robic’s Postcard 3 (2014), which films the black smoke escaping from a sawmill near Allouville-Bellefosse: the volutes fascinate and tell the horror of a world polluted even in the sky.